The Basics of Academic Language 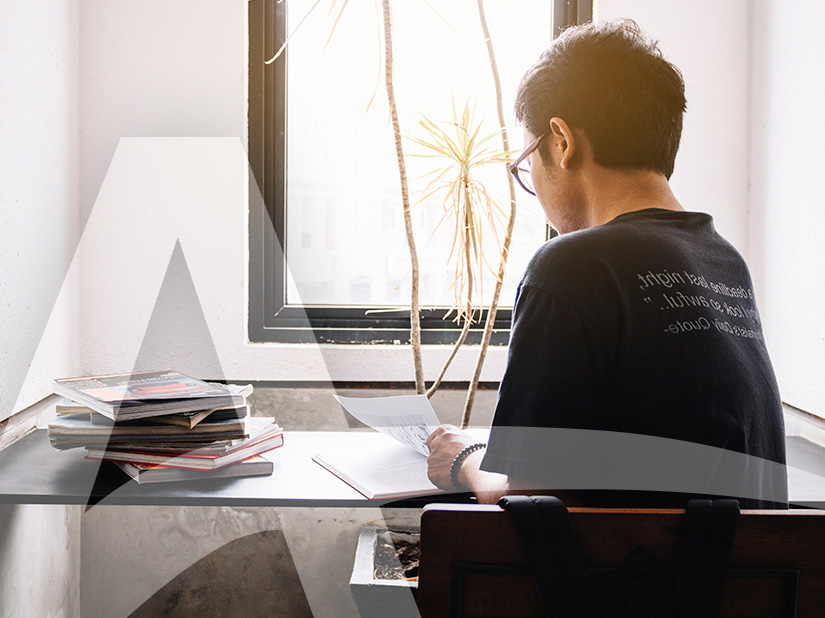 Academic language is an integral part of education because this is the language of lessons, articles, books, home assignments, and papers. The knowledge of academic vocabulary and grammar are essential if a student wants to succeed in their academic life. Academic language is different from the conversational one because it is more complicated and demanding, and it follows stricter rules. A student always improves his/her academic language skills through hearing and using such language at every stage of the learning process. Given the relative complexity of academic English, all students require a clear and straightforward explanation of its principles. Further in the article, we will discuss them, but before we do, let's analyze different definitions of language.

The term "vocabulary" is known to every student – it refers to the words people use and hear. These words can be divided into two groups: receptive vocabulary and expressive vocabulary. The first group comprises the words people her and read, while the words people produce while speaking and writing belong to the second group. The number of words in a person's head depends on the language diversity he/she is exposed to.

Some experts also break down the vocabulary into three tiers:

Tier 1. This is the basic vocabulary which consists of the words that do not have multiple meanings. They are easily understandable and students do not need to look them up in dictionaries and scientific literature. Some examples of such words: tree, smile, cat, dog, etc.

Tier 2. This tier comprises the words that have more than one meaning. Such words are frequently used in written or spoken communication but they are rather complicated. For example, imply, criticize, analyze, define, and so on.

Tier 3. The final tier consists of the words that are used infrequently and can be categorized as subject-specific. For example, sequence, Stone Age, music cell, etc.

College and university language can be easily distinguished from other language styles you are familiar with. Take, for example, the language in short stories, television, and courts. You should be able to feel the difference in styles and manner of communication in each context. The style is dictated by the degree of formality and objectivity. As to academic language, it has the following distinguishing features:

Thanks to these features, scholars can communicate their ideas clearly and avoid ambiguity. Besides, they make a message sound professional and convincing. However, please note that the requirements to writing vary even within different faculties of one college, so you should always ask for grading rubrics and guidelines in order to meet the tutor's expectations.

The Degree of Formality in Academic Language

Usually, the tone in academic literature is formal, which means it does not sound casual. When writing an academic paper, you should refrain from colloquialisms, idioms, and slang. Instead, use precise vocabulary and relevant terminology. Colloquial and informal language might lead to misunderstandings because of a variety of interpretations depending on a region.

Academic writing should be objective, which means students should avoid biases, opinions, and generalizations as they write. Instead, academic writing should rely on facts and strong evidence. If a paper is based on personal beliefs and stereotypes, it will never seem credible and convincing.

In most cases, a writer does not refer to himself or herself as the performer of actions in academic writing. Therefore, simply avoid 1st person pronouns "I" and "we". For instance, a phrase "I will argue" should be replaced with "The report argues". In addition, you should also avoid the second person pronoun "you".

However, some assignments ask to share personal experience, so you should always check the requirements from your professor before writing a paper. 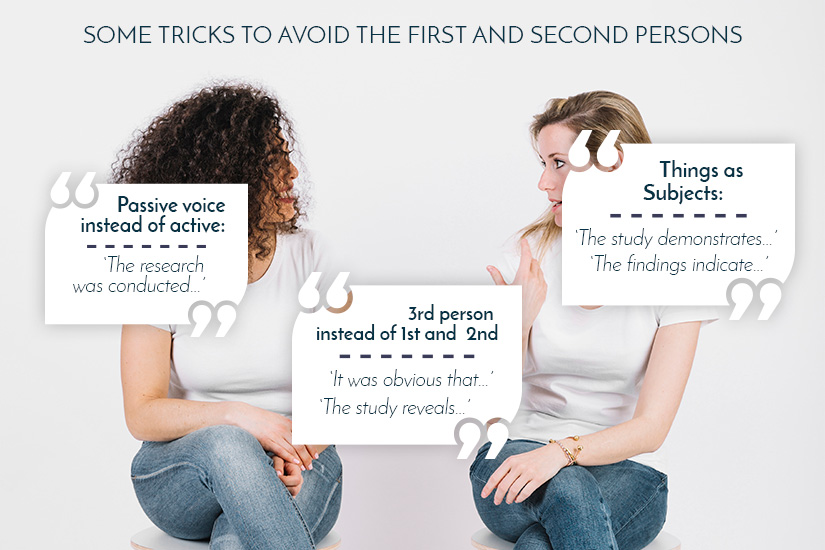